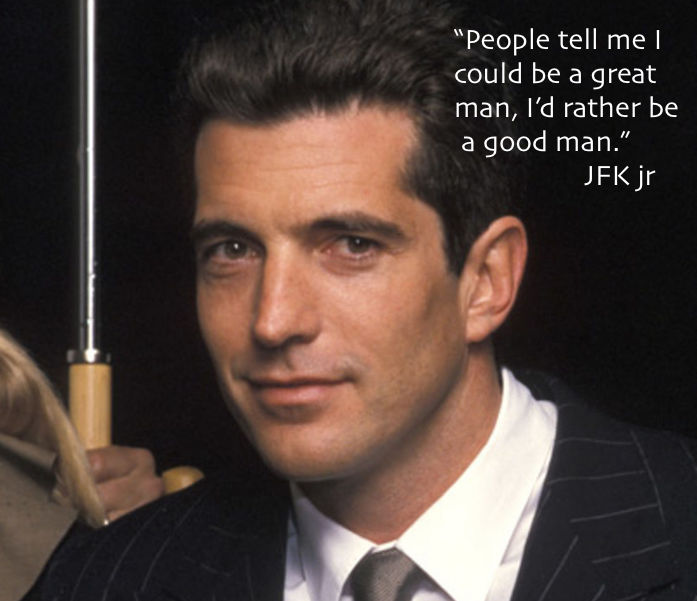 GREATNESS OR GOODNESS – WHAT’S YOUR CHOICE?

I recently watched an interview with John F. Kennedy JR in which he stated these very words. ‘People often tell me I could be a great man. I’d rather be a good man.’ He said over the years he had read many a book about great men who had accomplished much in the world. But when he read about their personal life, he discovered that they were not necessarily good men.

But really, does it need to be greatness versus goodness, must it be one or the other? Or can it be both?

You would think both would be possible, but perhaps goodness is often overlooked in the glitterazzi of greatness. Then again, how do we determine greatness? For surely any truly great person must also have  a fair share of goodness in them.

While we can admire greatness, it is significantly  diminished when goodness is lacking, is it not? I believe so. But perhaps some would disagree with me.

I commend JFK jr’s inspired confidence in making such a statement. And for choosing goodness over greatness, in my eyes he was already a great man. I believe that to be a genuinely great person, one must also be a good person. What do you think?

WORLD PEACE - IF WE WANT IT, WE MUST BEGIN TODAY

WHY MUST IT BE FINISHED BEFORE CHRISTMAS? 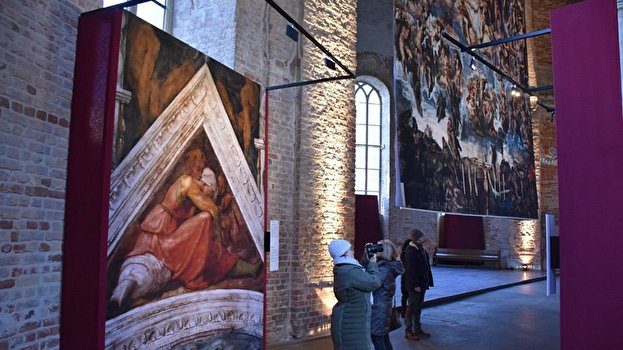 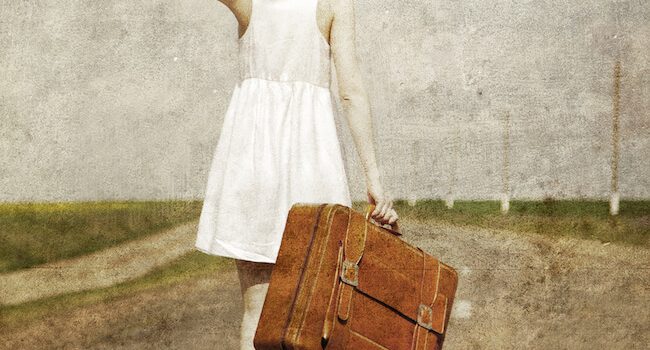 LACEY’S RESPONSE is far more powerful than her Destiny